PUBG or Player Unknown's Battle Ground made its first global appearance 4 years ago. The game was launched for PUBG PC gamers first. The beta testing was delivered at the beginning of May 2017. With further more improvements, the online multiplayer battle royale game appeared for MS-Windows' users in December of the same year. South Korea-based company Bluehole is the parent company of PUBG Corporation, the publisher-developer of the game. Players can buy the game from Steam for INR Rs. 1000. One year later, in 2018, the game was released for Xbox and Playstation 4 as well as for Mobile devices. In one year from its release, the company has earned a whopping amount of approximately $790 million from PUBG PC. As of 2020, over 70 million copies of the game have been sold worldwide on PC and Consoles. In November 2017, Esports Industry Awards awarded this game as the Breakthrough Game of the Year. Later on, it has been elected as nominee and winner for several awards.

Battle Royale and Team Deathmatch are the two available modes in the game.

In team Deathmatch mode, two squads of 8 players each fight against each other. Players are deployed and respawned near their allies. The players need to choose among several guns and accessories. Players need to equip the correct attachment with their preferrable gun and they are set to go. The time which reaches 40 scores before the other, wins the match. Team DeathMatch can only be played in Third Person Perspective or TPP mode.

In Battle Royale mode, a group of 100 players is stationed on a certain map. The contestants are dispatched there through a plane and land on with their parachute only. Apart from their customized clothes, players do not have any extra baggage to affect their gameplay at the very beginning of the match. Armors, weapons, several types of equipment, and vehicles are distributed throughout the map. Players are required to search and explore towns, buildings, and other sites to collect them. Some areas are abundant with these items. Those are marked as high loot zones and are more likely to have close combats. Players can also kill their opponent to collect the gears and upgrade theirs. The Battle Royale mode here can be described as Last-Man-Standing-Survival mode. The player or group which remains alive, eliminating others, till the very end of the game will be declared as the winner. Players can enter the match as Solo (The player itself), Duo (Two players together), or Squad (Four players in each team). The playable area on the map shrinks down every few minutes. Players are warned on their screen about the safe zone marked and are required to reach there before the time ends. Straying outside the play zone after the time stops, proves to be as lethal as costing the avatar's health points to zero. In the safe zone, some areas are marked as red zones and bombs drop in there for a while. Then the mark shifts to another area. Also, some loot boxes are distributed through planes on the map while the game is ongoing. These boxes contain items that are generally unobtainable on the map. Signaling the players with a cloud of visible red smoke, the area around the boxes gets a high chance for encounters.

The concept is similar to all battle royale games except for the fact that the damage is more lethal in here than in others. The game can also be played in First Person Perspective (FPP) and Third-Person Perspective (TPP). The game offers a custom mode to play. Using this, players can arrange for tournaments and also, play with people they are comfortable with. There is a system of ranked and unranked matches in Battle Royale mode. The unranked matches are simply battle royale matches that help players to earn in-game currency. On the other hand, ranked battle royale matches offer experience points or XP along with the in-game currency. These XP points help players to level up their avatar and unlock different weapons and accessories.

Players earn in-game currency after every single match. The amount is based on the performance of the player during the match. This currency can be used to buy crates from the store. These crates consist of cosmetic items to customize the characters and weapons of the players.

It consists of 4 main maps viz Erangel, Sanhok, Miramar, and Vikendi. Another map titled Paramo re-entered the game. A map named Karakin replaced Paramo for a while.

Erangel is an 8x8 island map. This one is the original or very basic map of the game. The area covers mountains as well as grasslands. The mainland of Erangel is connected to the military base island through a bridge. The landing locations on this map are - Apartments, Georgopol, Mylta, Mansion, Hospital, Novorepnoye, Sosnovka Military Base, Pochinki, Quarry, Rozhok, Ruins, Shooting Range, Stalber, South Georgopol, Yasnaya, Water Town. 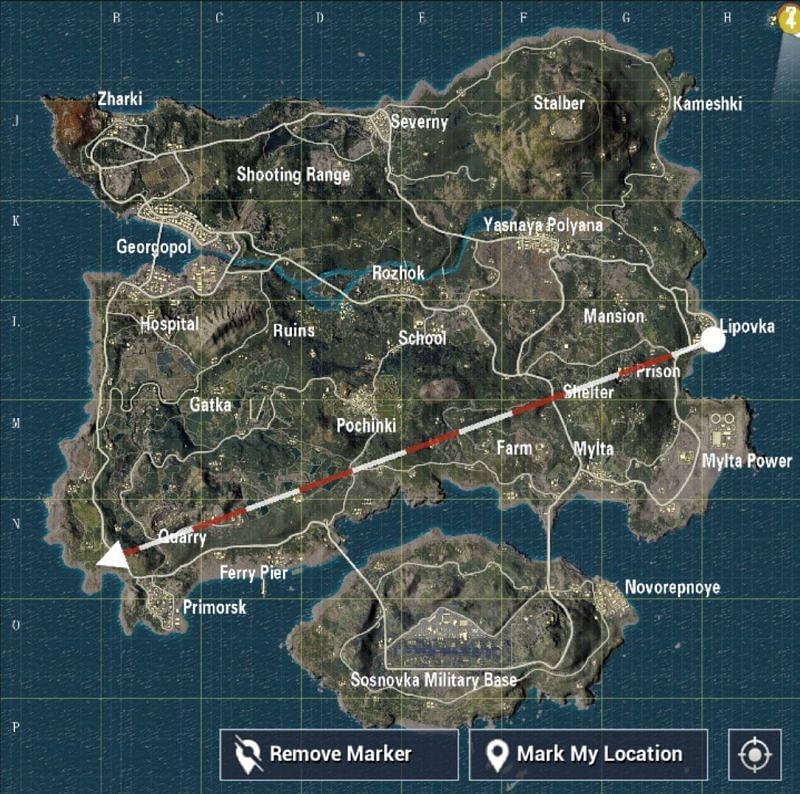 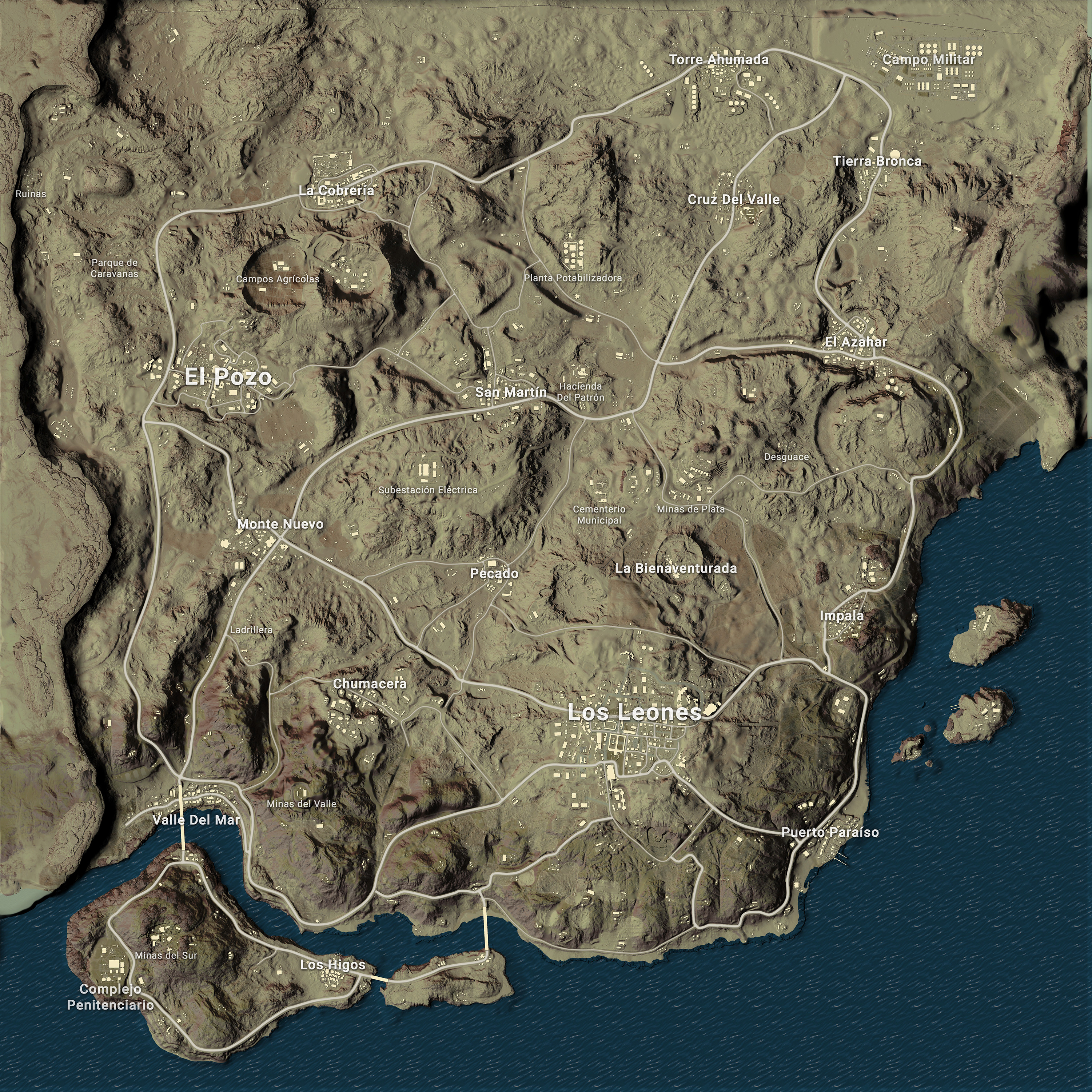 Sanhok is a 4x4 island map. The area is full of trees and hills. The land is split into 3 zones by the river. The map is the smallest of all others in this game. But the abundance of loot here results in tumultuous and fast-paced combats. Players can find the following area on the map - Tat Mok, Quarry, Ruins, Camp Alpha, Camp Bravo, Camp Charlie, Bootcamp, Ban Tai, Bhan, Cave, Docks, La Kawi, Kampong, Mongnai, Paradise Resort, Pai Nan.

Vikendi is a 6x6 snow-covered island. There are frosted water bodies and vehicles to cross the white landscapes. There will be footprints marked on the feathery ice to track down the enemy a little easier. The landing zones of Vikendi are - Abbey, Volnova, Castle, Lumber Yard, Coal Mine, Podvosto, Dobro Mesto, Goroka, Dino Park, Villa, Cantra, Cosmodrome, Cement Factory, Mount Kreznic, Hot Springs. 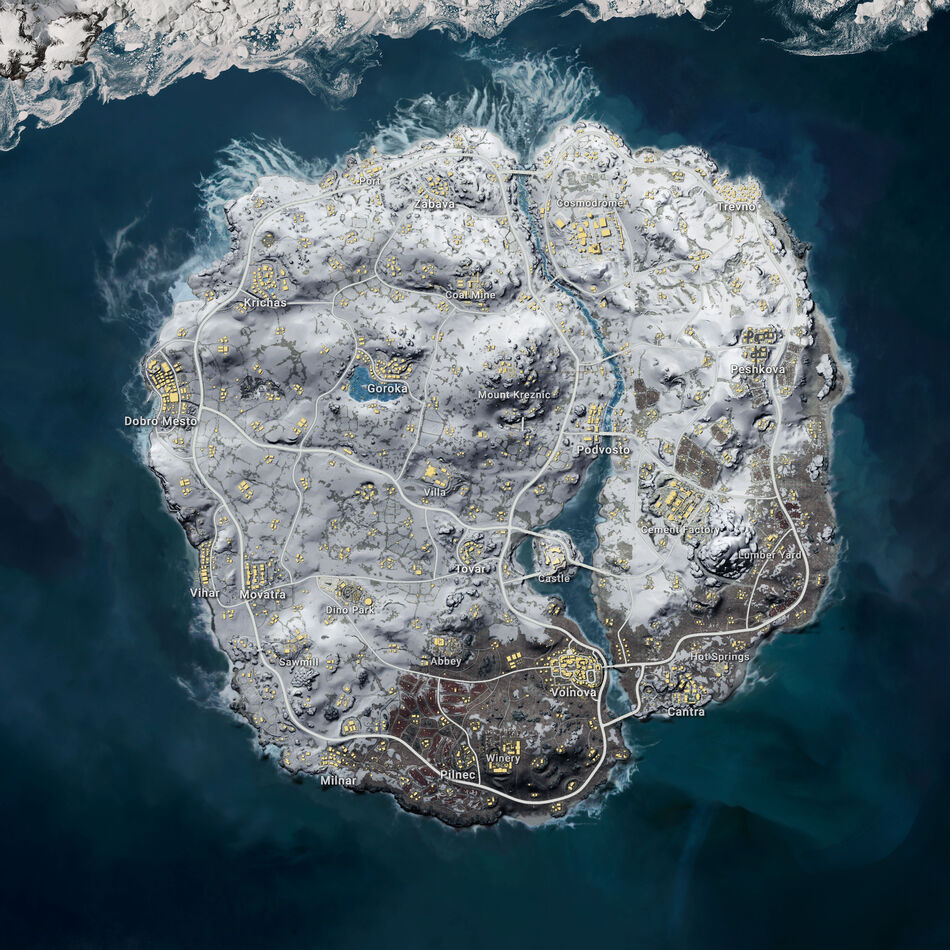 Paramo is a 3x3 volcanic island map. In battle royale mode, 64 people are deployed here contrary to the 100 people deployed on other maps. The motorcycle is the sole vehicle here. Players need to use helicopters to reach the top area of the hills. Though there are no red zones available here, the blue zone causes much more damage than the other maps. 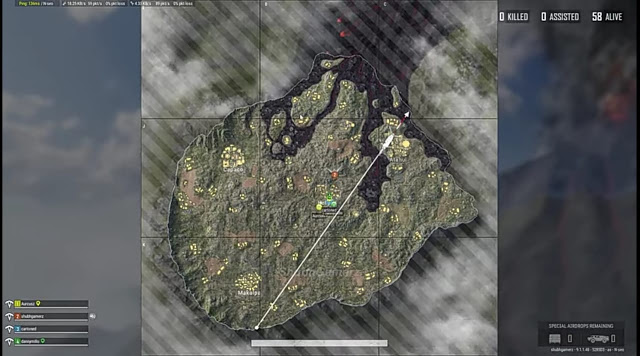 The developers have provided a training map, Camp Jackal for the players to practice and enhance their skills. Be it about weapons, driving a vehicle, or landing with a parachute, areas like 400m, 800m, Bridge, Dock, CQC, Grenade pit, Gas Station, Movement, Urban Combat, Race Track, Parking lot provides you chances to explore before you show up in the battlefield.

In May 2017, to honor the sale of more than 2 million copies, Bluehole invited 128 players to play on their twitch channel. This event raised 120,000 USD from viewers. In August 2017, Bluehole and ESL organized a tournament with the reward money of 350,000 USD. In each category, players had to compete in 3 matches to qualify as winners. In November 2017, Intel organized a competition among 20 squads in Oakland.PUBG PC.

Before we tell you how to join a PUBG PC Contest on our website, let us in you on what rewards we have planned for our users.