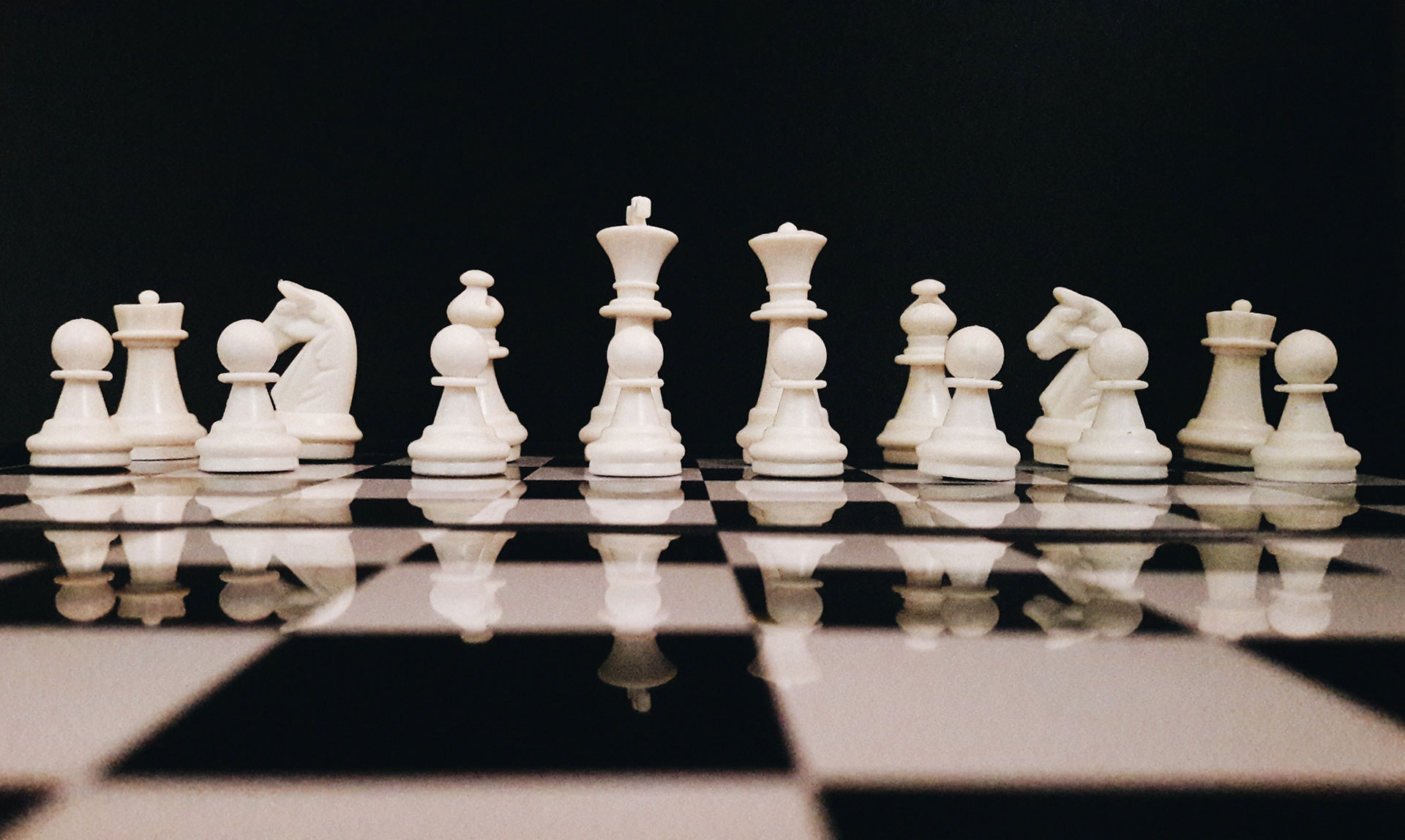 Chess is a strategy-based sport. Every day, millions of people play it worldwide. Two players compete against one another to compare and enhance their intellect. Almost everyone wants to be a cool intellectual, right? Chess stands out from every other sport ever. Wilheim Steinitz became the first-ever World Chess Champion in 1886. At present, Magnus Carlsen holds that title. Chess has covered nearly every aspect of our lives by impacting cultures as well as associating with various subjects.

A. Bit by Bit Structure of Chess Board

There are 8 columns on the board. Each column is subdivided into 8 rows, thus forming 64 equal-shaped squares. The shapes are colored in light and dark colors, alternatively. The columns or Files are marked up to the alphabet h, starting the first file with the first letter a. Ranks are numbered up to 8, starting from 1. One letter from File followed by a number from Rank indicates a cell e.g., a1, b4, h6, etc. The board must be placed properly before initiating a match. The dark cells should be at the bottom left side of the board for each player. The 1st and 2nd ranks are given to the white player, while the 7th and 8th are for the black one. The Bishops are put only on c1, f1, c8, and f8. Cells b1, g1, b8, and g8 are only reserved for the Knights. The cells a1, h1, a8, and h8 hold the Rooks. The Queens are placed on d8 (black) and d1 (white). The King sits just beside his Queen, e8 for black and e1 for white. The 8 pawns are arranged in the 7th (Black) and 2nd (White) Rank.

B. Making the Move

Players with white pieces start the match. The rest of it has movement in an alternative fashion.

The Knights bounce over different pieces. They are the lone pieces to do as such. The knights move in an "L" pattern - one cell horizontally, two vertically, or two cells horizontally, one vertically. 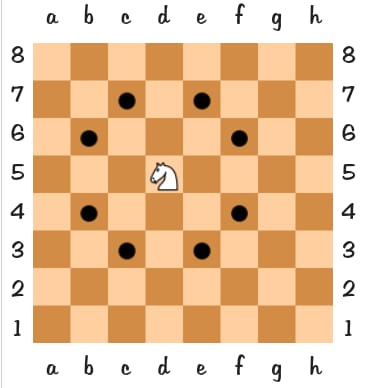 The Rooks can move over quite a few empty squares horizontally and vertically. 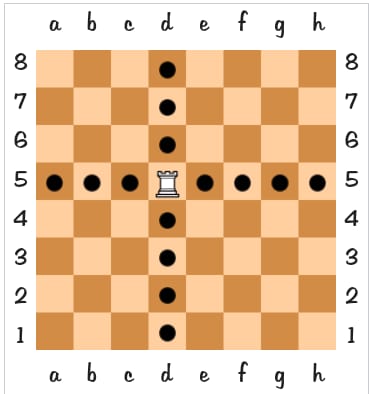 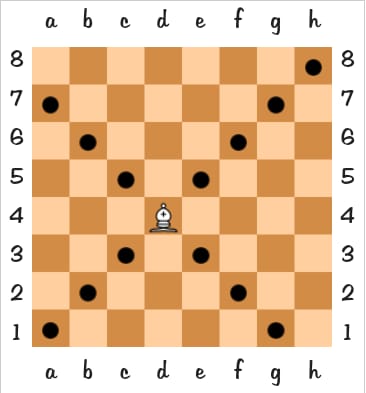 And the Queen has a union of both Bishop and Rook's movements. 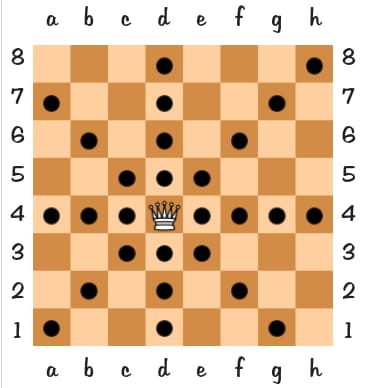 Similar to the Queen, the King can also march in any direction, just 1 square at a time. 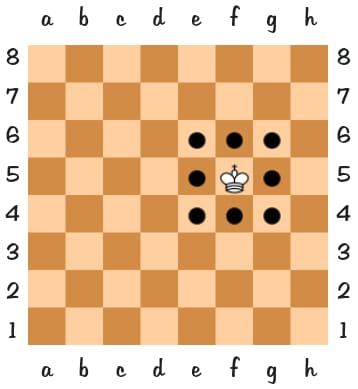 The Pawns can go only 1 cell ahead. Though, the first time, they can go forth either 1 or 2 squares. Of all pieces in Chess, only Pawn goes forward and captures diagonally ahead. If there is any piece in front of the pawn, it is blocked. 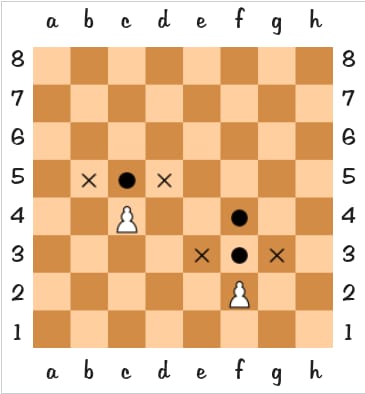 Every chess piece, with its distinct value, helps to compare players' scores and to see who has the current advantage. The Queen has the highest value of 9. The Rook is the second with a 5 value. The Bishop is at 3.5, Knight has a 3, and Pawns are very basic with a mere 1 point.

Pawns are a good example of the saying "Unity is Strength".

Knights can control up to 8 squares when put in the center. But they are not at their fullest when placed at the edge.

Long diagonals and Open Files are the necessary criteria of Bishops and Rooks sequentially, to perform to their maximum potential.

Strategically, the middle-most cells on the board are the most important as well as dangerous for the queens. They are prone to attacks in the central area. The best practice is to keep the queen one move away from the center and not block its way by any other pieces.

The first move can be with a d or e Filed pawn. Some best practices include setting up the Knight or the Bishop.

The win/lose and the draw are only two approaches to finish a match. The draw can either be mutual or a stalemate.

The game can be ended in a win/lose when either of the players attacks the opponent's king through checkmate or any of them surrenders. Checkmate means putting the King in a position where he'll be captured because he cannot move or be protected by any other piece. Generally, the king is in check and it cannot get out of it.