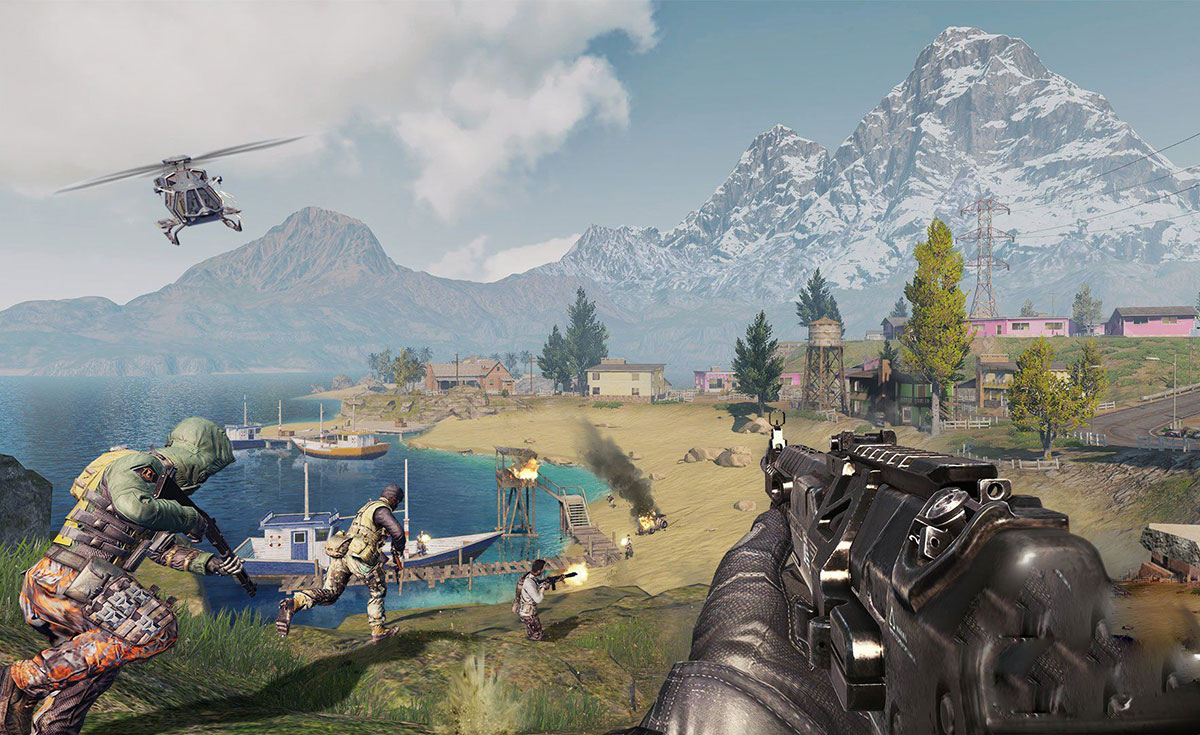 About Call of Duty Mobile

Call of Duty Mobile or now popularly known as CODM is a mobile video game which is available for free to download and play, on iOS as well as on Android platform. Call of Duty Mobile has been developed by TiMi Studios and is published by Activision and Garena. The game was released in the month of October 2019 and by June 2020 CODM generated over USD 327 million in revene. As of December 2020 it has a massive download of 300 million. It will not come as a surprise that CODM is soon going to be a billion dollar game.

MP Mode is a traditional 5vs5 team based combat and can be played across various maps such as Shipment 1944, Nuketown, Crossfire, Crash, Summit etc. Players can choose to play any of the CORE game modes from a list of 8 which includes Frontline, Team Deathmatch, Domination, Kill Confirmed, Search & Destroy, Hardpoint, Gunfight, Free For All. Additionally, CODM also offers Featured Mode [under the MP Mode] such as Nuketwon Russia, Small Map Player, Gun Game Mospit, PTFO, Winter in Summit, Best of Black Ops, Secondary School among others. The maps available in Feature Mode may last for a few days, weeks or for an entire season.
Another unique feature of the MP mode which player can use in a tactful manner is of ‘scorestreaks’. After reaching a certains scorestreak special items carried by the player in a particular match gets activated which then can be used by the player to his/her advantage.

BR Mode hosts 2 sets of Maps, the first being Isolated and the second being Alcatraz.
In BR mode a player can either play Solo, in Duo or in a 4-man Squad. The game starts with 100 players being dropped on an island and at the beginning of the game players are asked to choose an operator skill ranging from ‘summoning zombies from a toy bomb’ to ‘disappearing right infront of your enemies’. The player depending upon the flight path can either choose to drop on a high loot zone [a location appearing in ‘orange’ name] or can choose a non-high loot zone [a location appearing in ‘white’ name]. When the player drops off to any location on the map of his/her choice the only weapon he/she has is a knife.
The objective of the player is to defeat all enemies and stay alive till the end to win the match and to meet this objective the map is filled with items such as guns ranging from normal to legendary, choppers, vehicles, etc. With the start of the game, a safe zone is formed which is indicated on the map as a white circle. Players objective is to reach this white circle/ safe zone before time runs out.
A new map Alcataraz was added to the BR mode on the 1st anniversary of Call of Duty Mobile. This map is a strict 4-man squad game, you cannot go solo here. Alcatraz offers close quarters combat in the Cellhouse and long-range fighting on the island grounds. A squad has to ensure that they must not take prisoners if they want that victory, especially as redeploy planes can bring a team on their last survivor back to full strength.
This map was first introduced in COD:Black Ops 4. It is a fast paced map and is 3 times smaller compared to the Isolated map. Alcatraz is a prison styled map and is inspired by a real life prison island in California, United States. In Alcatraz each player has 5 lives which comes into play only  if the player after being knocked out by the enemy does not get revival by his/her team mates. In Alcatraz players need not setup their operator skill and can be picked up after they land on the map.

A partnership between Activision and Sony Mobile Communications led to an official entry of CODM in esports.This entry was kicked off with The Call of Duty Mobile World Championship 2020 Tournament with a massive prizepool of USD 1 million. Now they are coming with a world championship 2021, the teaser of which have excited a lot of players on one hand but have not gone down well with players who love playing BR mode.
The regional finals/Stage 4 of the Call of Duty Mobile Tournament ended with Team Mayhem winning the Eastern Europe and Asia Qualifier. Team Mayhem also qualified over the World Championship 2020. Team Mayhem won USD 15,000 off that tournament, however, following the cancellation of the World Championship, all teams (with exception of Oxygen Esports) are to receive USD 107,000 equally from the USD 750,000 prizepool.

Before we tell you how to join a Call of Duty Mobile Contest on our website, let us in you on what rewards we have planned for our users.

G.    How to Join a Call Of Duty Mobile Contest organised by TWOB?

H.    How to Join a Call of Duty Mobile Custom Room?